Daikin extends a helping hand to the underprivileged 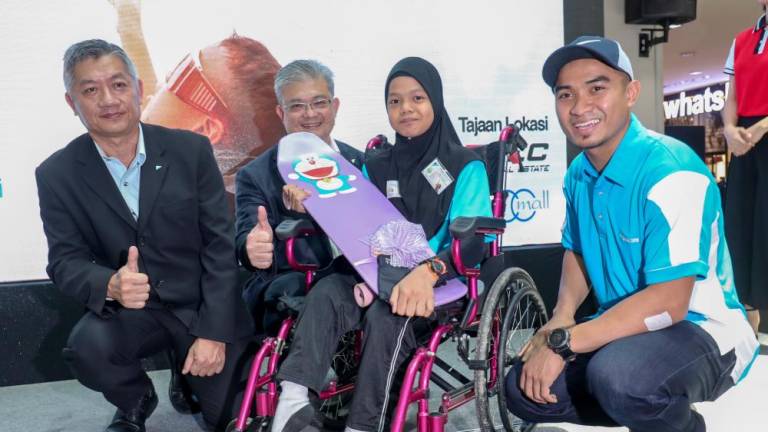 Daikin partnered with the Selangor Social Welfare Department to help the children who are from poor families, single parent families and orphans, who are registered with the department.

During the event which was held at the SACC Mall, 21 children received bicycles while the rest received stationery, sports equipment, a Ping Pong table, educational toys, musical instruments and storybooks from Daikin.

The items were sponsored by Daikin’s employees to encourage the children to have creative and educational hobbies.

“CSR is nothing new for Daikin Malaysia. Ever since our establishment, CSR activities have become one of the most commonly promoted activities by the Daikin Group,” said its COO Ooi Cheng Suan.

He added that the implementation of the “Green Heart Factory” since 2005 by Daikin Japan demonstrated the company’s unwavering commitment towards both environmental and social matters, both which are equally important.

During the event, Nurul Farah Abdullah, 14, who has a walking disability, received a skateboard. The teenager uses a skateboard to move around in her home instead of a wheelchair.

Nurul Farah was all smiles upon receiving a purple coloured skateboard with a picture of her favourite cartoon character, Doraemon.

Azizulhasni said his father promised to buy him a bicycle if he obtains good results in his UPSR examination. He said he was gifted with the bicycle after obtaining 4A’s and 1B in the examination.

Other Daikin extends a helping hand to the underprivileged You are now leaving Daikin Malaysia

Once you link to another web site, you are subject to the terms and conditions of that web site, including but not limited to its privacy policy.